On summer nights, a former cow pasture is the hottest spot in Wyoming County.

The action begins around dinner time, when the first wave of cars turns off Route 39 and streams past the cornfields that border Jake Stefanon's brainchild.

Visitors from Rochester and Buffalo. From Ithaca and Irondequoit. From Attica, Arcade and Avon. They've driven an hour or more, many of them, to enjoy an old idea given new life bar a farsighted family of promoters.

In this old pasture, the best scenes aren't always on the screen. 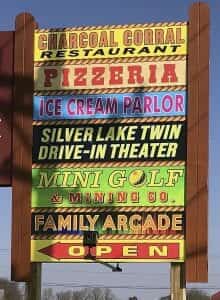 A family from Seneca County negotiates the hills & traps on the putt-putt course. A fellow from Canandaigua polishes off a cheeseburger in the Charcoal Corral. A group of teen-age boys from Buffalo share a pizza while they eye the girls at the next table. Couples stroll bark-covered ways under a canopy of towering pine trees, passing time until the movie starts at dusk. Laughing children swarm over the playground equipment in the shadow of the giant screen.

It's a far cry from the passion pits of old - those shabby, sleazy roadside attractions where teen-agers drank beer and fogged the car windows while "Bloodsucking Freaks" or "Wild Women of Wongo" flickered onscreen. 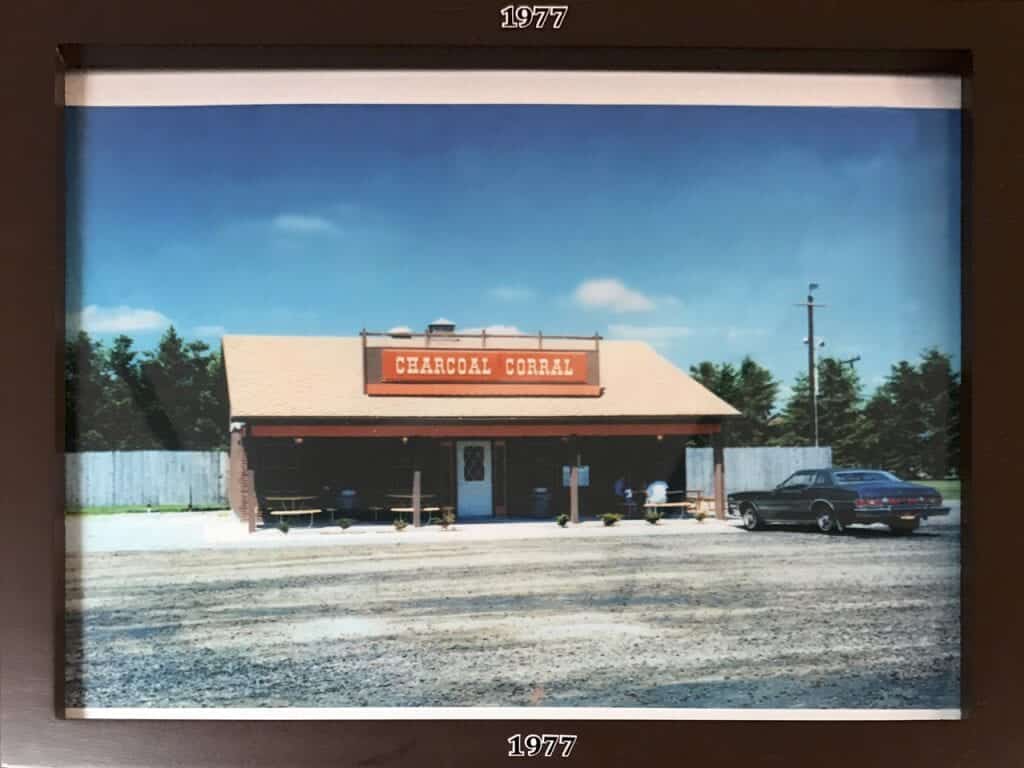 But it works. On a busy weekend night, as many as 2,000 people will eat, golf, play video games and watch first-run movies - a good-sized village, with all its needs taken care of by the Stefanon family and their 70 employees.

"They really have a gold mine up there," says Shirley Carr, the (former) Perry town clerk. "It's quite an attraction."

"Oh, what a neat place," seconds Beryle Bell, (former) deputy clerk for the village of Perry. "They come out from Rochester for that place. They know that place in Toronto ... because it's unique."

DRIVING AMBITION
At the center of it all was a visionary old gentleman and his hard-working son.

Jake Stefanon, had been in the theater business most of his adult life. In 1949, he opened a drive-in theater in Altoona, PA. - one of thousands that sprang up across the country after World War II. The car was king, and Americans delighted in doing everything possible from behind the wheel. It was an age of drive-in Movies, drive-in restaurants, drive-in churches and drive-in weddings.
In 1966, while operating a string of outdoor theaters in Buffalo, Jake bought a decrepit drive-in near the eastern shore of Silver Lake that was nothing more than "cow pastures and posts." Four years later, he moved to Perry and devoted all his time to transforming the Silver Lake Drive-In into a family entertainment center. It wasn't really the best time to pursue that idea. While Jake was dreaming of char pits and ice cream parlors, his fellow drive-in operators were going belly-up by the thousands.

But Jake had learned a few things during those years running drive-ins across Pennsylvania and Western New York. Foremost among them: Don't let some other guy take advantage of your drawing power.

"While I was with the Blatt Brothers (a Pittsburgh-based theater chain), we'd build a drive-in out in the country..... and pretty soon, a hot dog stand would spring up, and a custard stand - capitalizing on our ability to draw people," Jake said. "So I realized, if you draw people, you have to have something to sell to them."

He built a hotdog stand outside the theater gates; it grew into the Charcoal Corral, a sit-down restaurant. The ice cream parlor came next; the arcade, pizza parlor, mini-golf and outdoor bandstand followed.

Over the years, he's invested hundreds of thousands of dollars in his operation, always looking to add another attraction that will give people a reason to pile into the car and head for his greener pasture.

But while Jake may have been the idea man, the person who makes it work is his son, Rick. "He's the visionary..... I get it built and make it go," says Rick, a slender man with hound-dog eyes, a mustache and a walkie-talkie dangling from his belt as he makes the rounds of the 13 acre complex.

Rick has been working at his father's theaters since he was 14. Over the years, he's done or over seen most of the actual work involved in expanding the Silver Lake operation. "Hammer and nails..... that's my favorite job," he says.

The drive-in is open from mid-April through late October; the restaurants are open from late March until just before Christmas. During the offseason, Rick takes care of the maintenance and any new building plans.

His duties expanded considerably when he bought the business from his father. Now, Rick is the public face of the Silver Lake Drive-In - and judging from the response as he endlessly walks the grounds, it's a face his customers his customers feel quite comfortable with.

"Hey, Rick," a man in the pizzeria says, clapping him on the shoulder. "Hey, Rick," a teen-age girl says minutes later, stopping
him in the video arcade. "Hey, Rick," a ticket-taker says asking him a question outside the projection booth.
Other drive-in operators have adopted some pieces of the Stefanons' approach - but few, if any have done it on such a scale.

"They may be the only ones doing all those things in combination," says Jim Kozak, director of communications for the theater owners' association who adds that a thriving drive-in is "a license to print money."

Ultimately, though, the success of the Silver-Lake may lie not in the novelty of the ideas, but in their execution. The whole operation reflects an attention to detail and a concern for cleanliness. The lighting for the putt-putt course comes from giant carriage lamps 20 feet tall. The pizzas and wings are served in real wicker baskets; the sodas come in chilled glass mugs. The neatly trimmed lawns wouldn't look out of place on a golf course.

"Things have to look nice," Rick says. "After all, we're in the middle of nowhere."

When Jake bought Silver Lake Drive-In, he says, there were 13 drive-ins around Rochester. Now, there are none remaining in Monroe County. But there are plenty of people who haven't forgotten them.

"I used to go to drive-ins all the time in high school," says Patricia Crompton of Chili, settle comfortably in her car awaiting the
show. "Let's see, there was the Lakeshore, the Starlite, the Washington, the Empire," she says rattling off the names of local drive-ins that
now exist only in memory.

In the back row of the 500 car theater, Brian Hall and Betsy MacIntyre of Dansville, Livingston County, are lounging on lawn chairs in the bed of Brian's pickup, playing cards and drinking cold beer from the ice chest that sits between them. "I don't understand why there aren't more drive-ins," Betsy says. "It's packed everytime we come here."

Next to them, a van is parked backward, its double doors swung open wide toward the screen. Inside, a small boy and girl dressed in pajamas lie on their stomach on a mattress, heads propped up in their hands, watching the Mickey Mouse cartoon that precedes the feature.

An hour later - as Kevin Costner battles a 60-foot-high Dennis Hopper onscreen - both the pajama-clad kids are sleeping soundly.

The old pasture, which used to nourish cows, has taken good care of the Stefanon family over the years. Jake proudly points out that he and his wife, Josie - who works the mini-golf course - "raised six kids on the theater business."

In an era when local merchants across the country are being shoved aside by giant conglomerates, this family has built their own commercial juggernaut in a most unlikely place.

"I wouldn't take a million dollars for it," Jake beamed.

"I don't know, Jake," Rick replied. "Some nights you could offer me a buck and a half and I'd take it."

But as he heads out into the dark for another trip around the grounds, it's a good bet this isn't one of those nights.